at the Athletic Club 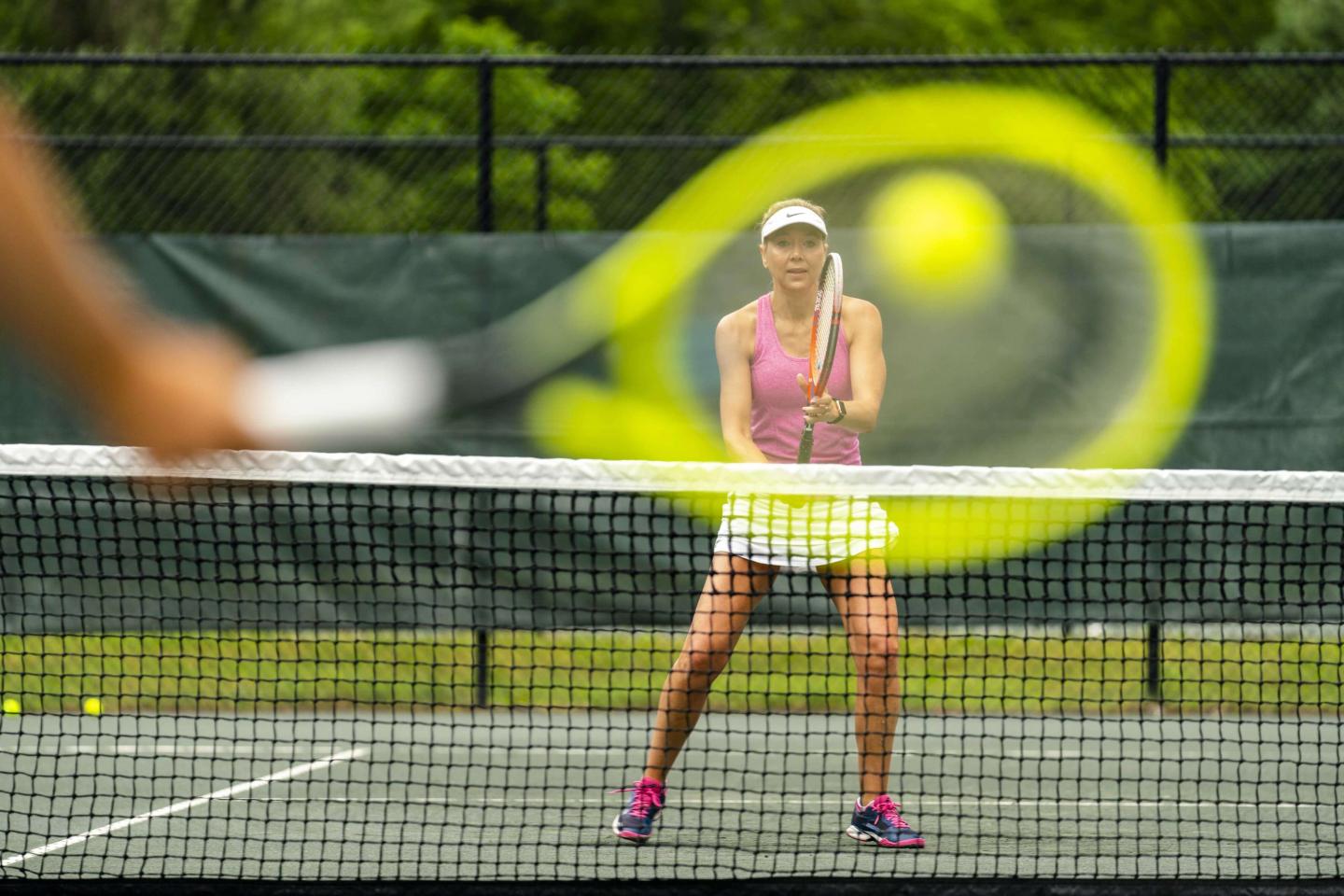 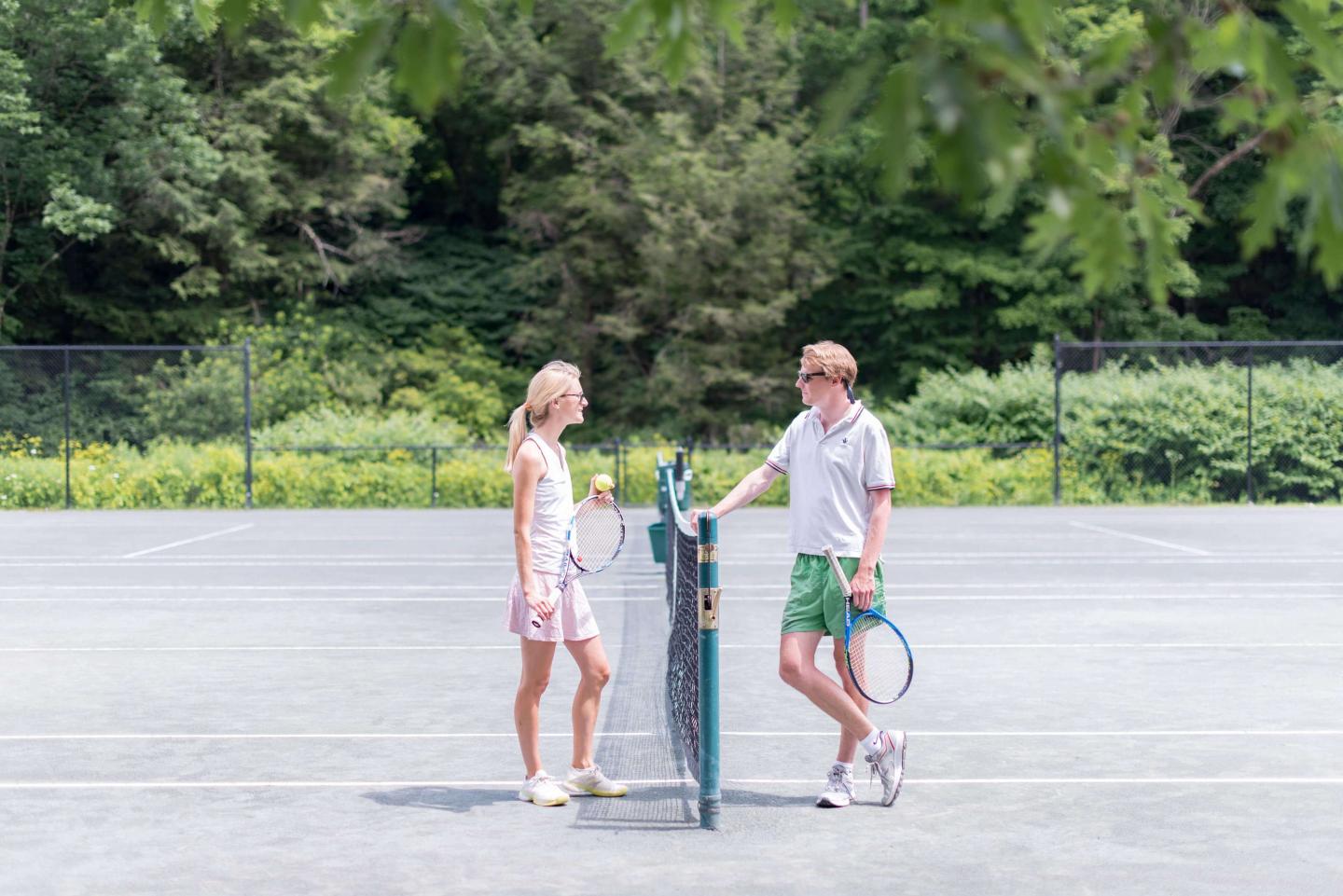 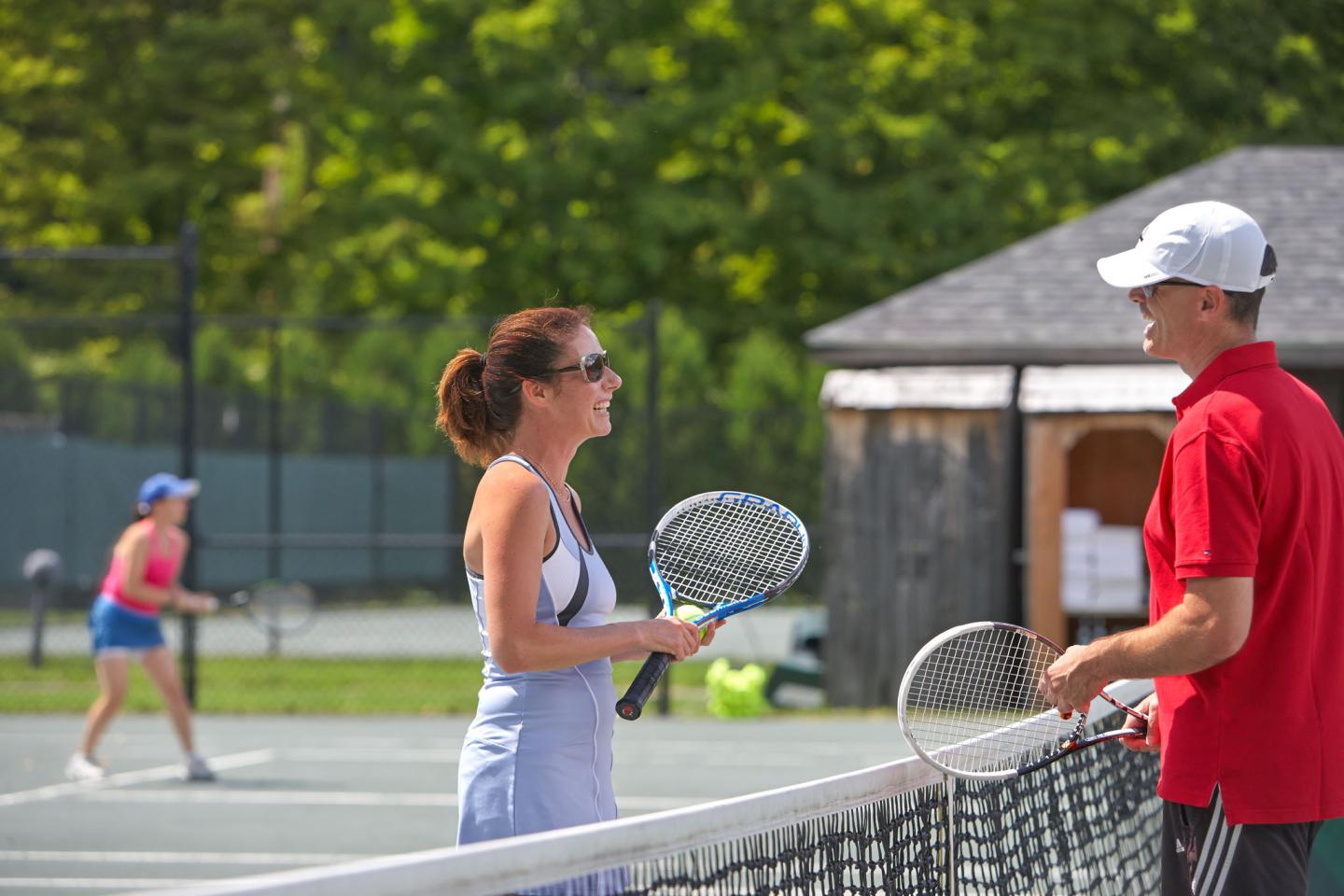 Named New England's Best Racquet Facility in 2013 by the United States Professional Tennis Association, our Athletic Club boasts 12 world-class indoor and outdoor tennis courts.  Enjoy a game, or join in on one of the many clinics offered.  Lessons are available for all ages and abilities, or allow us to host a mini-round robin for your family and friends!

We are now re-open for mixed household doubles-play! Court reservations can be made by calling us: 802-457-6656 or booking online.

We are offering bookings of the ball machine for *single* participants only. The ball machine can be booked for 60 minutes, for $20/hour for members, and $50/hour for resort guests (that price includes their court rental fee). Call us 802-457-6656 to schedule. 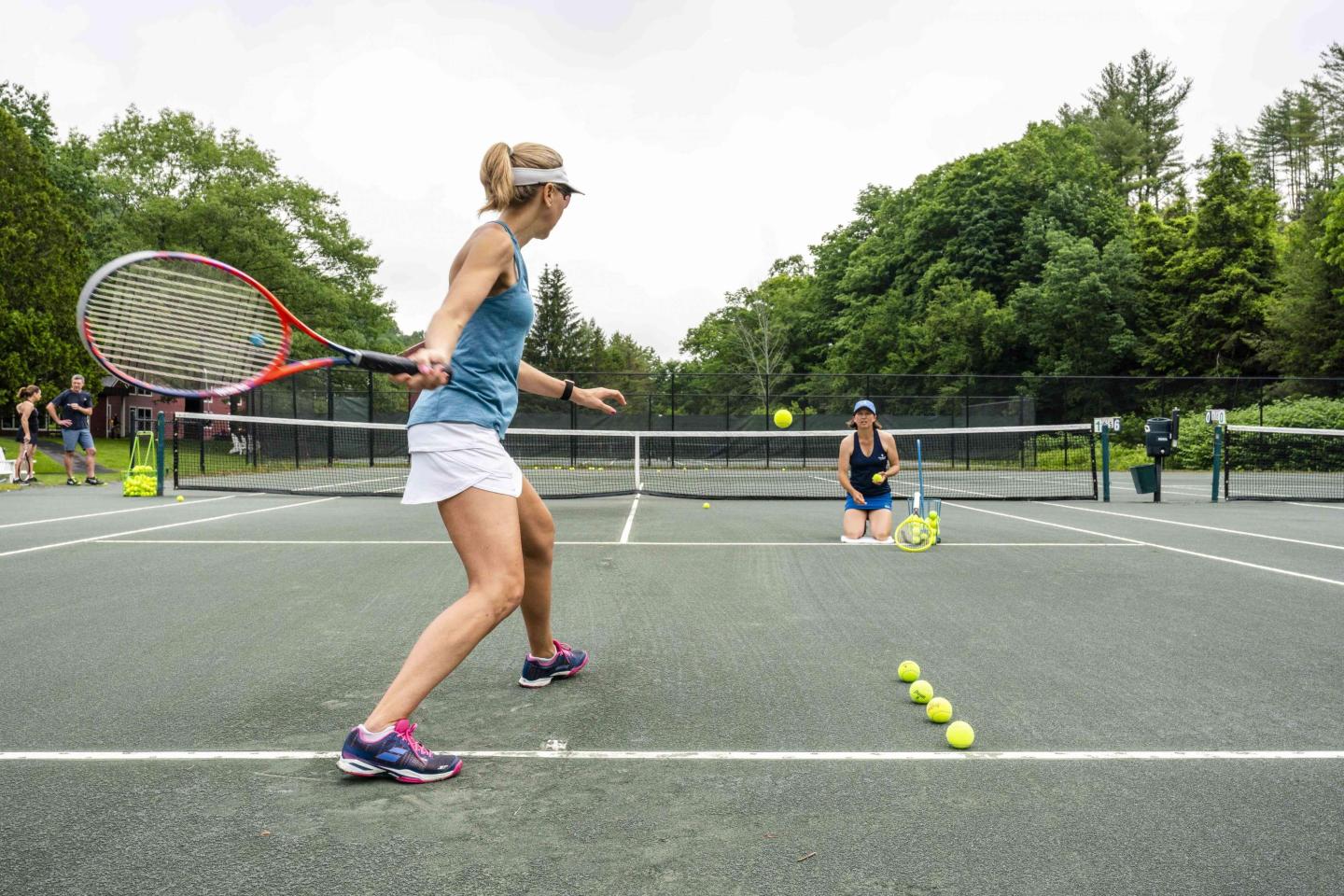 Learn from the pros!

We offer a variety of tennis lessons to help improve your game. From beginner to expert player, our tennis professionals and coaches are ready and excited to teach you! All ages welcome, we also offer our Tennis Academy and Junior Tennis Program.

Call or email to schedule your tennis lesson today!
802-457-6656
athleticclub@woodstockinn.com. 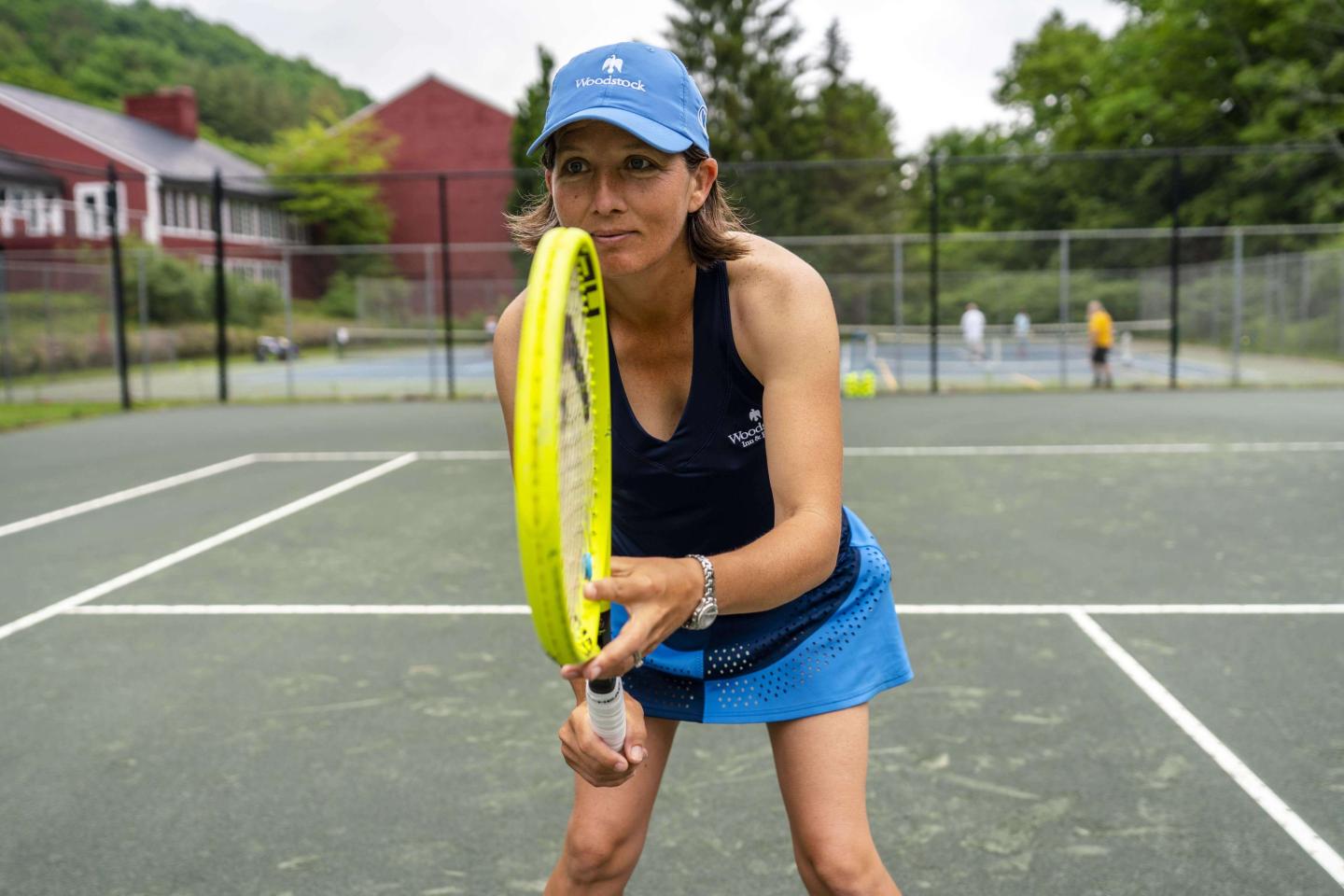 Welcome Adri , our Director of Tennis.

Adri has been teaching tennis for 16 years around the World and the USA. She started her career with Peter Burwash International (world renowned tennis management company) in 2002 where she worked as Tennis Director at the Hilton Guam Resort and Spa. From there she moved to the Austrian Alps where she worked as head pro and later Tennis Director at the famous 5 Star Bio Hotel Stanglwirt (rated 1# tennis camp in Europe for several years) where she led a team of 6 professionals. Adri then moved back to the US and made Naples, FL her home.  Adri directed the tennis program at the Naples Grande Beach Resort for 6 years and then Glen Eagle Golf and Country Club for 1 season.

Adri started tennis at the age of 5. Her parents love for tennis drew her to the courts. She played on the South African Junior circuit from age 8-17. She received her Jr Springbok (national team) colors in 1992.

She played Div II tennis for 4 years at Delta State University and holds the record for all time wins between 1998-2001 as no. 1 singles and doubles player.  Adri had a national ranking of no. 8 in doubles and 35 in singles in her senior year 2001-2002. She won Freshman of the year and Most Valuable Player of the year apart from being honored as an All American. She received a Bachelor in Fine Arts.

Adri was born and raised in the small town of Zastron in South Africa. She and her husband, Daniel have 2 boys. Aidyn (4) and Chasin (18 months) In their spare time they love to be outdoors, cook meals and spend time together.

Our Tennis Academy is designed to offer fun for the whole family while honing skills and learning new strategies. The program allows for exciting, yet relaxed competitive action with some doubles matches. Director of Tennis, Adri Atkinson and her team of pros are excited to share their expertise with you at our world-class facility offering indoor and outdoor courts including U.S. Open and Hard-tru (green clay) surfaces. Our 2020 dates and program information will be coming soon!

More at the Athletic Club 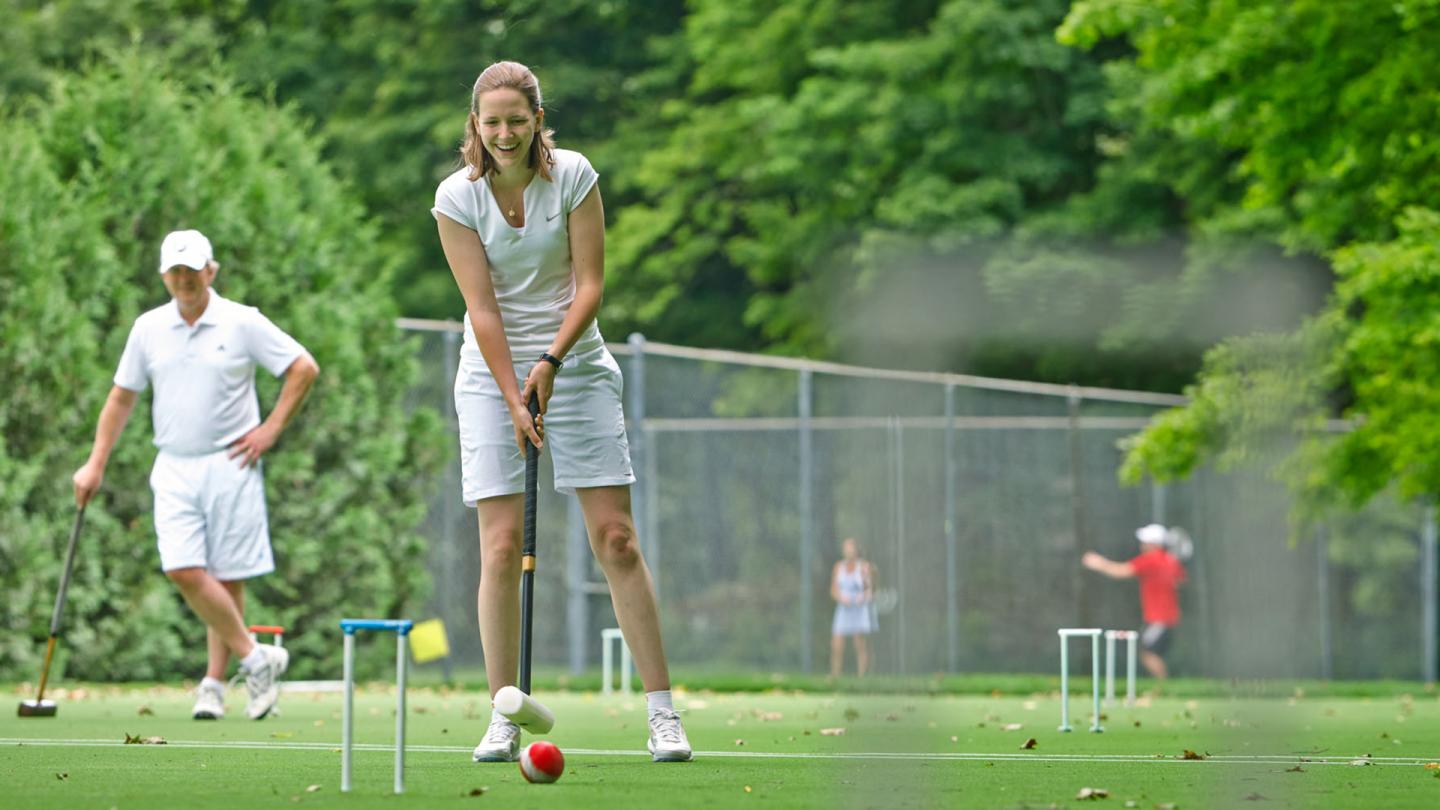 Join in on a friendly game of croquet! During the summer months we typically have a weekly round scheduled, or reserve the court for your own group... 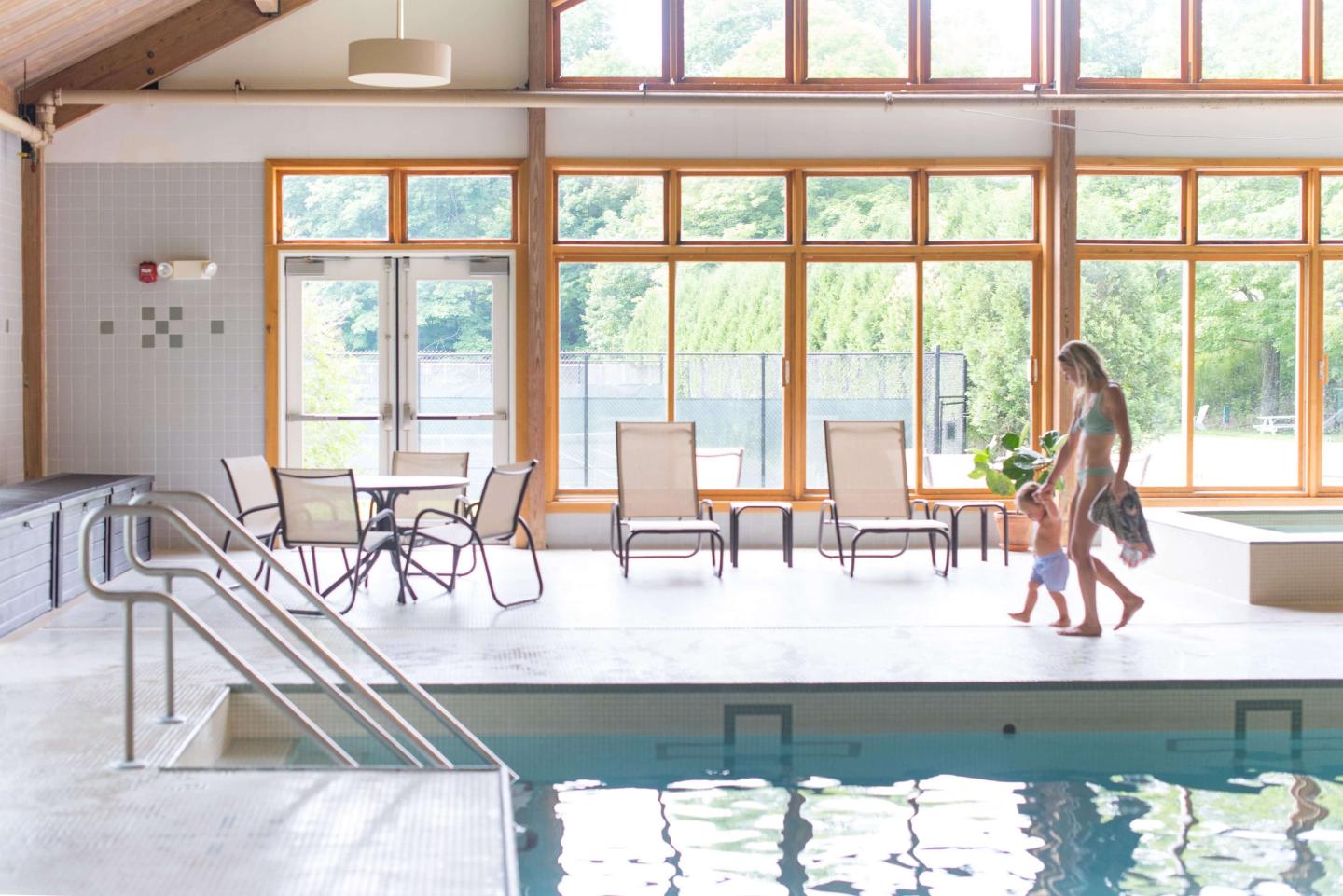 Make a splash and don’t forget your swimsuit! We have swimming available in 2 locations: Behind the Spa alongside the South Garden (seasonal) and at... 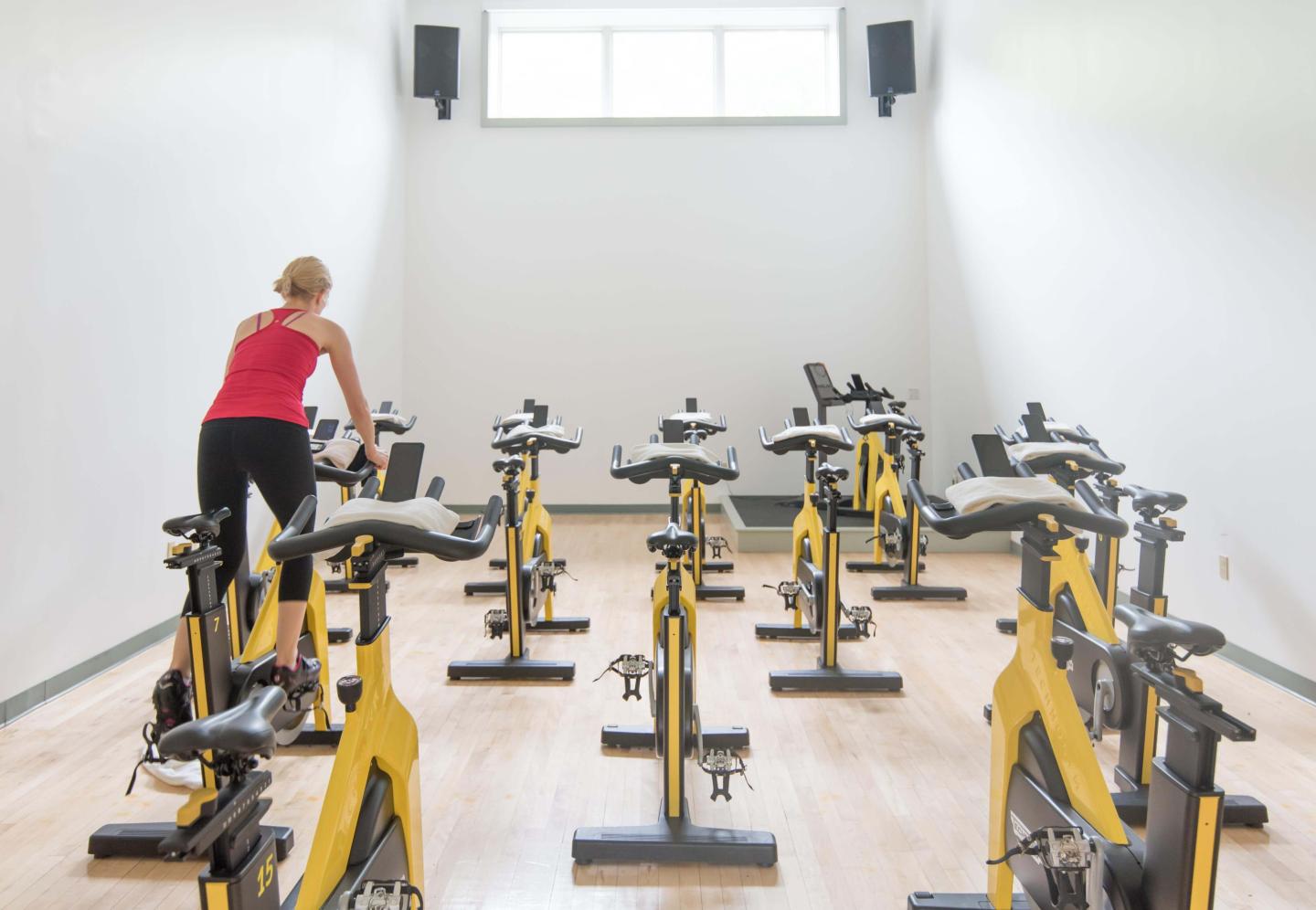 Whether you are looking to join in on one of our many fitness classes, work with a personal trainer, or prefer to workout on your own, our Athletic... 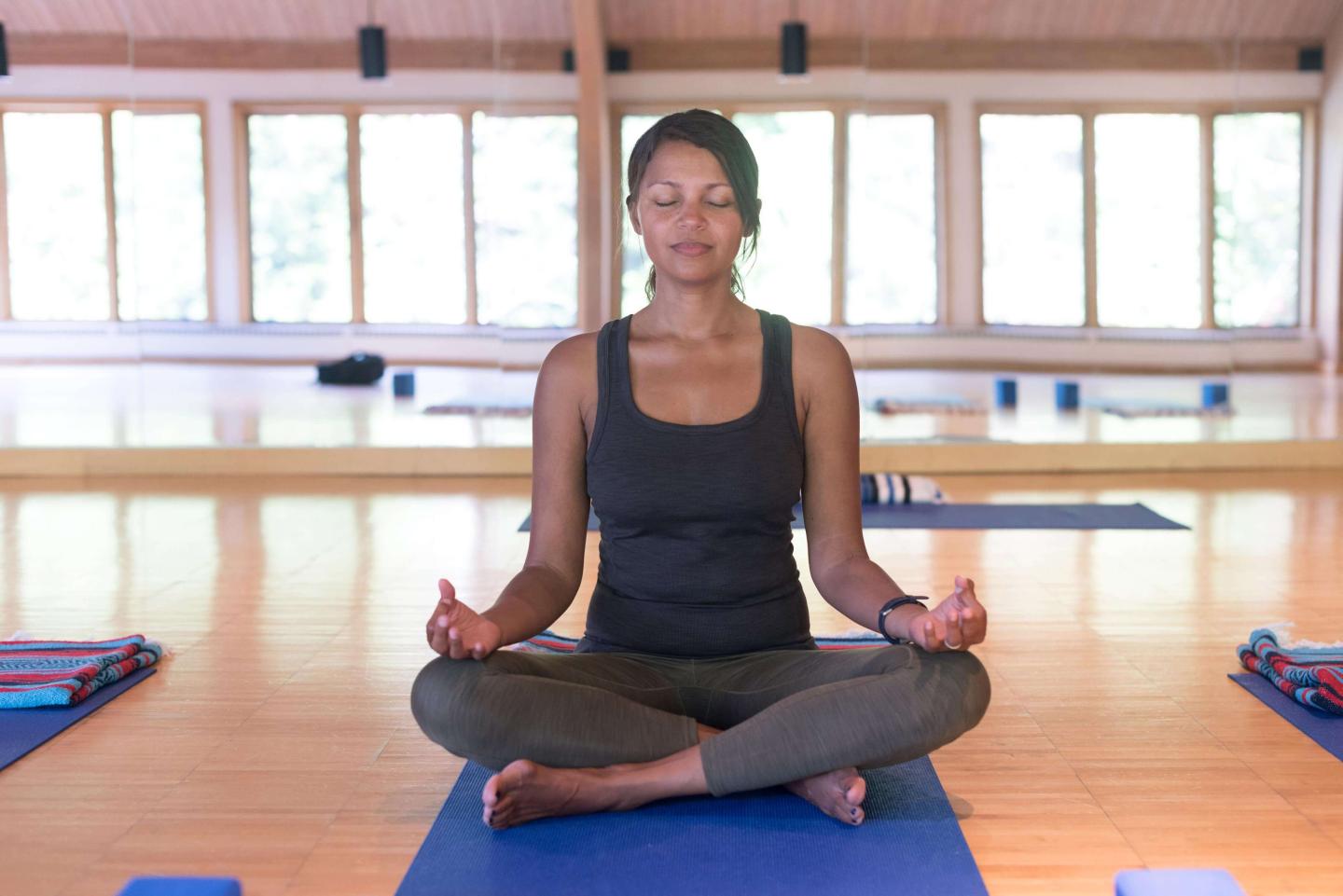 With daily Yoga classes offered as well as the equipment and space to find your breath if you prefer to practice on your own, the Woodstock Athletic...